Biking Chiang Mai To Bangkok This Summer In Anchorage

Back around Fall 1981, the University of Alaska Anchorage swimming pool had a challenge - swim the Bering Sea over the semester.  In the pool.  50 miles.  I've never been as fit as I was that semester.  Each swim was not just a swim, but a leg across the Bering Sea.  That was a lot of incentive to get in the pool three or four times a week.

So last summer I decided I should have a mental trip in mind for my biking.  I chose Santiago Chile to Concepción - a distance of about 650 kilometers, depending on which route you take.  So, as I rode last summer, I was in Anchorage, but also in Chile.  I looked at maps and pictures of the places I was passing.  Just like swimming the Bering Sea, riding from Santiago to Concepción was the inspiration I needed to get on the bike, even on days I was feeling lazy.  And once out, I never regretted it.

So I've started already this summer and thought about going from Chiang Mai to Bangkok.  I wasn't exactly sure how far that was, but it seemed in the ballpark.  I looked on line to see if it was doable.  Not only is it doable, but there are a number of companies that will take you on the actual trip and so I picked Exo Travel because their trip was 745 km and the itinerary included a stop in Kamphaengphet - a town I lived in for two years teaching English.  I've also spent six months in Chiang Mai over two years and about a year in the Bangkok area. 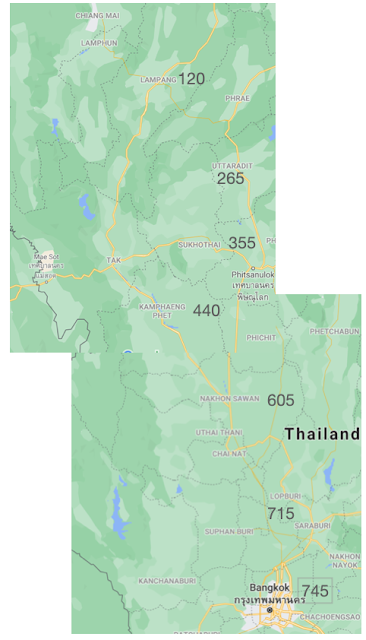 I've added up the miles from Exo Travel's itinerary and marked the distance from Chiang Mai for each daily destination.  The 165 km from Kamphaengphet to Nakhon Sawan would be way too much for me to do in one day.  I think about that trip on the main road back in the late 1960s.  It was a red dirt road.  Very dusty. Lots of rice paddies and some interesting hills jutting up oddly out of the earth.  Of course, it's paved now - they were working on that back when I was first there.

So, as of today, I've ridden about 102km.  (That doesn't count three or four early, shorter rides on the old mountain bike before the ice was totally gone.)

So let's look at today.  Before riding I swept the cottonwood catkins off the deck.  I have to do that twice a day right now. 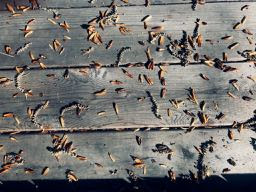 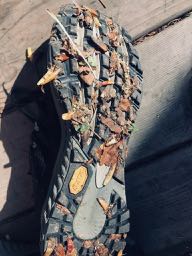 The catkins are VERY sticky.  If I don't sweep they stick to the deck, except for the ones that stick to my shoes.  Very messy period every year.  But they do smell very sweet.
The tulips opened today.  At least two of them did. 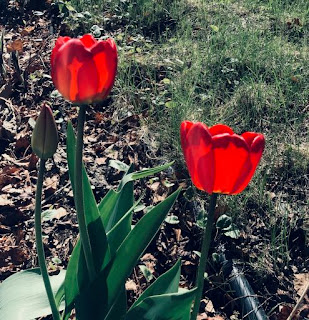 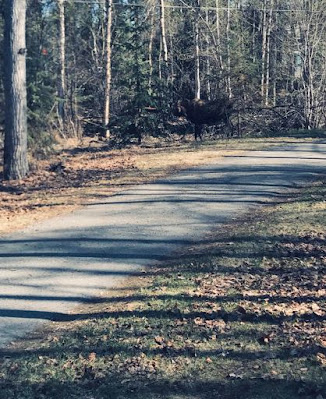 There was a moose browsing by the trail as I went past the UAA student housing.  I'm always amazed at how such huge creatures can be so well hidden out in plain sight. 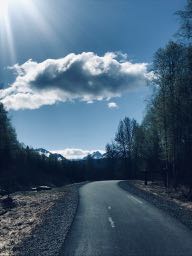 Then up the trail toward Stuckagain Heights and Campbell Airstrip. 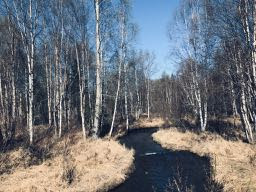 Here's the north fork of Campbell Creek as it crosses under the Stuckagain Heights road.

So given my bike rides so far since April including today, I've covered 102 kms, so I'm about 20 kms out of Lampang.  This is an old northern town that still has horse drawn carriages you can use to get around town.  There are no moose, but the elephant sanctuary is nearby.

Here's are some links to posts I did at the elephant sanctuary in Lampang.